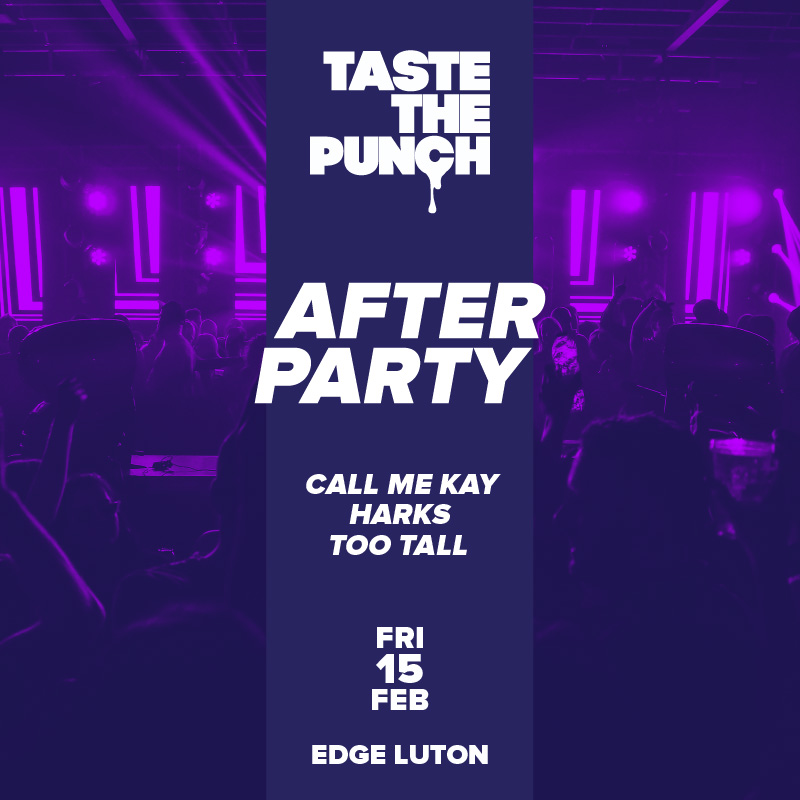 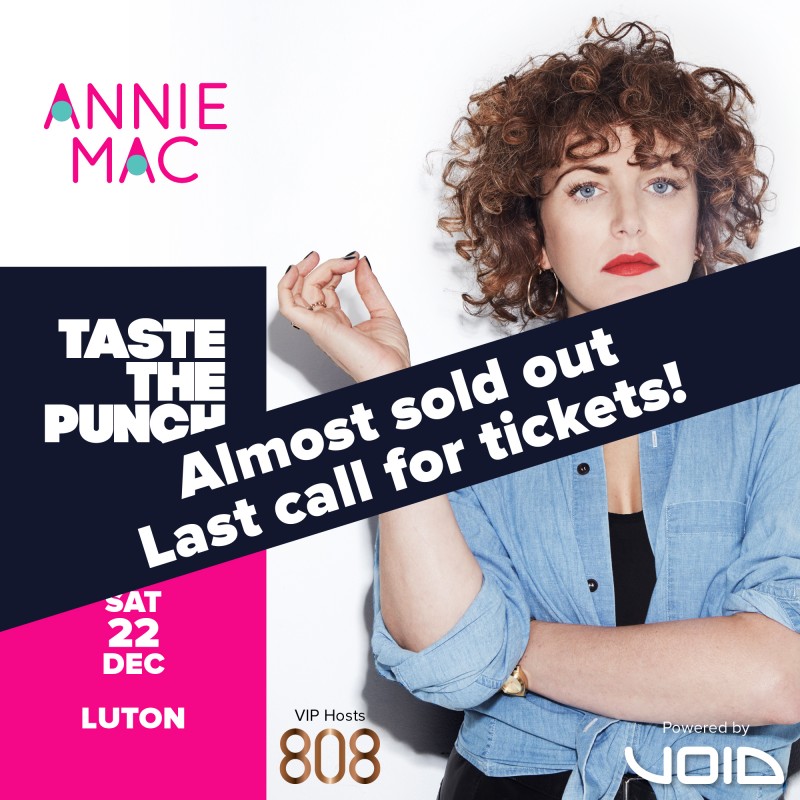 Taste The Punch close out 2018 with their biggest show of the year this December!
The queen of the DJ booth and BBC Radio 1, Annie Mac headlines the party & it’ll be the perfect end to a fantastic run of shows in the UK & Dubai for Taste The Punch.. .

We’ve added Hauswerks who’s been ripping things up with his smash it ‘Put Your Back Into It’ and we’re also delighted to announce Maxine Garman will be making her triumphant debut to the #Punchbowl  !!!

TTP re-introduce the ‘3Sixty’ Punchbowl where the crowd surround the DJ, this is available with a VIP Ticket and you’ll find 8O8 Drink host the VIP Bar, bringing along their famous 808 inspired Whisky! It’s #WhiskyRemixed

Everyone who buys a VIP ticket will also find them selves automatically entered into the prize draw to win some dance music inspired prizes from our good friends! 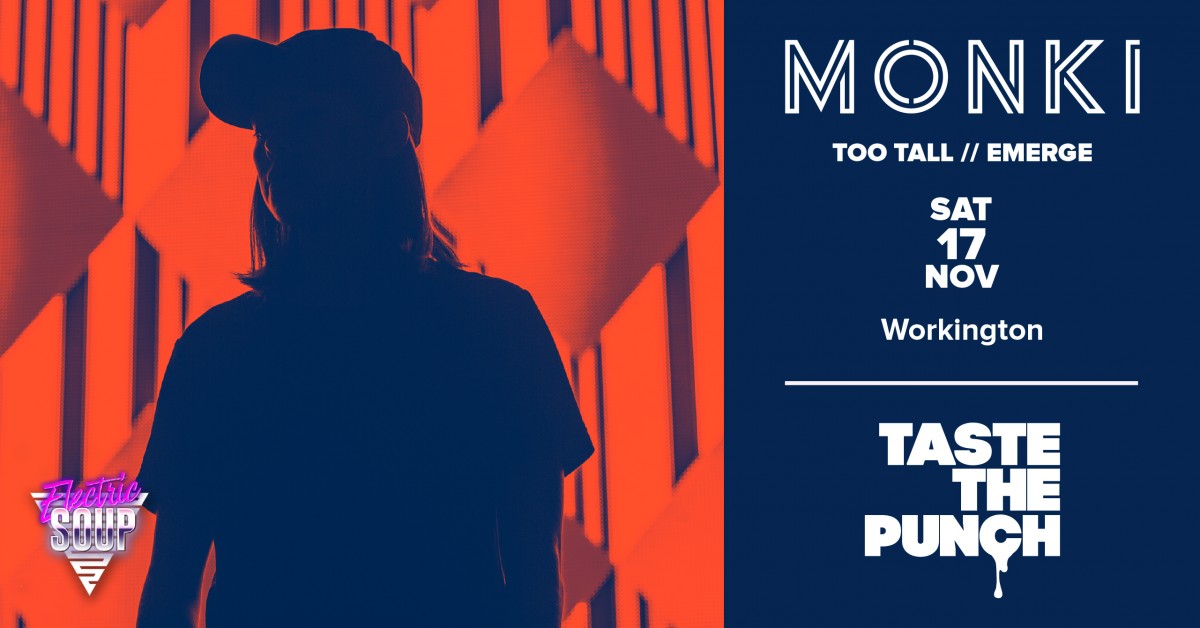 Taste The Punch hits the road and lands on the west coast of Cumbria this November!

Headlining the festivities at Electric Soup, Workington will be BBC Radio 1’s very own MONKI

With a BBC Radio 1 show, her own party brand and a record label, Monki presides over a mini empire. In the seven years since she first got involved in the electronic music business, she has risen to every challenge with aplomb, working her way up from an intern at Rinse FM to become an influential international selector, with gigs across Britain and beyond. Monki has appeared at many of the UK’s most iconic venues as well as commanding the big stage at festivals on a regular basis. A consistent force within the electronic music scene, Monki operates in a class of her own.

“Zoo will never forget that it is you, the people who attend the Zoo, that make the Zoo!”

There’s no doubt about it, Faithless have been smashing it for over 20 years with countless live shows & millions of record sales to match.
Here’s 5 of the best performances hand picked by everyone at TTP HQ.
Let us know if you think we have missed one!

Bring My Family Back – Glastonbury 2002

Liverpool’s Lauren Lo Sung is confirmed to play for us at Eden Ibiza this July 21st, along with the God Father of house ‘Marshall Jefferson’

Mixmag recently premiered Lauren’s latest track ‘Tresor’, here’s what they had to say:

“Lauren Lo Sung, an artist who’s been impressing us with a steady stream of bumping house releases and high-profile gigs.

The lead track on her new EP, ‘Tresor’, has been building up a steady amount of steam since she teased us all with a video of her playing it. That video has now amassed over 125,000 plays and we’re thrilled to bring you the full release.

It’s delectably rolling and features a killer set of percussion, not to mention some serious drops. Don’t sleep on this one, it’s going to soundtrack your Spring months, and then some.”

Just Announced! Our special guest on NYE is….

Jules:
“Hi guys, i’ll be passing by Dunstable on NYE, i could drop in if you have room?”
TTP:
“Absofuckinglutely”
Jules:
“I’ll bring the classics…”

News so good it’s blasting our Space Adventure Party into the cosmos!

These guys have rocked our #Punchbowl on many occasions alongside huge names like Pete Tong, Darius Syrossian and Amine Edge & DANCE

You can see Too Tall perform on our very own stage at Eastern Electrics Festival at Hatfield House this August!
Click HERE for Tickets & Return Coaches to EE2016

Friday 1st April will see the master of the big room Judge Jules headline Club Cookies, Dunstable, and he brings with him the world famous Ibizan club brand Judgement Fridays!
As they start their uk tour and road to ibiza for the 2016 season, we’ve managed to get them to stop off on the way & spend 8 hours warming us up for the summer ahead!
Join us in the monumental occasion where we not only get to witness a master at work, but also bring the full Ibizan party vibe to Club Cookies!
Extra Early Bird Tickets are available now at the low price of £10.00

Check out his sound

JUDGE JULES TO PLAY DUNSTABLE SHOW THIS APRIL AS PART OF HIS LEGENDARY JUDGEMENT TOURdean2019-08-06T17:26:36+01:00
We use cookies to ensure that we give you the best experience on our website. If you continue to use this site we will assume that you are happy with it.Ok
Go to Top